Last week…the markets ended on a mostly down note. 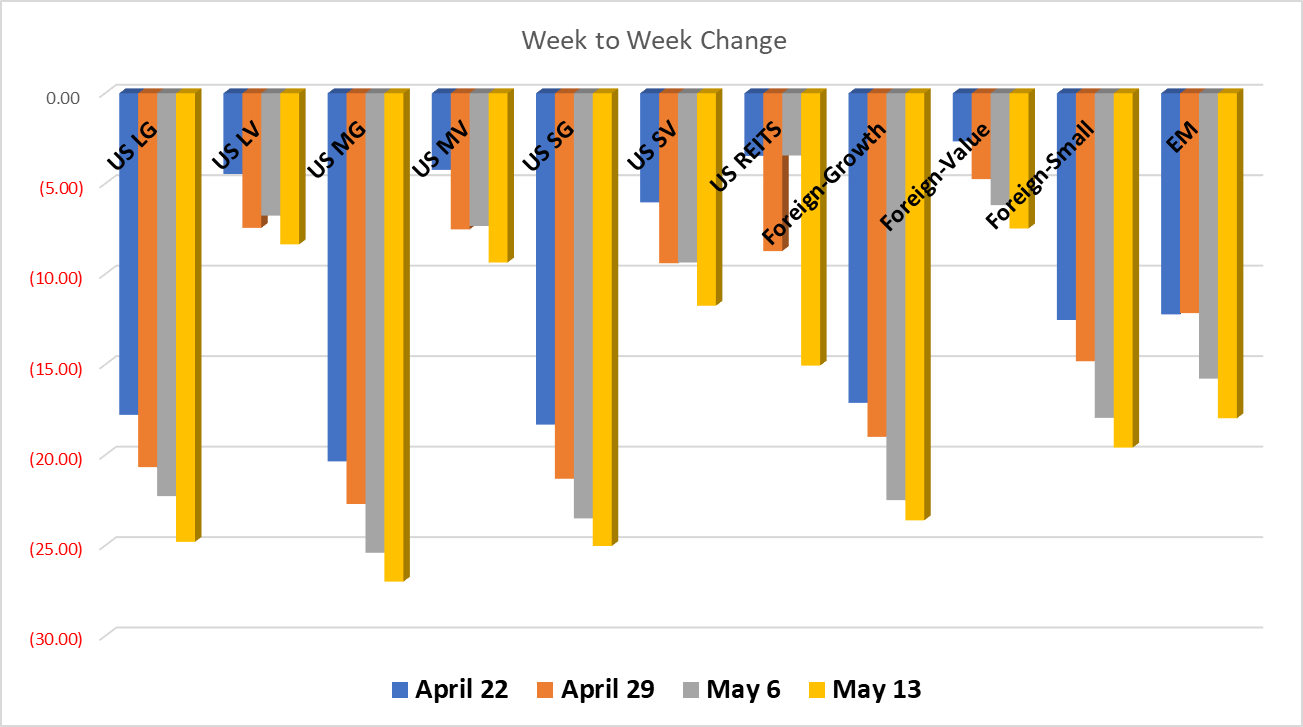 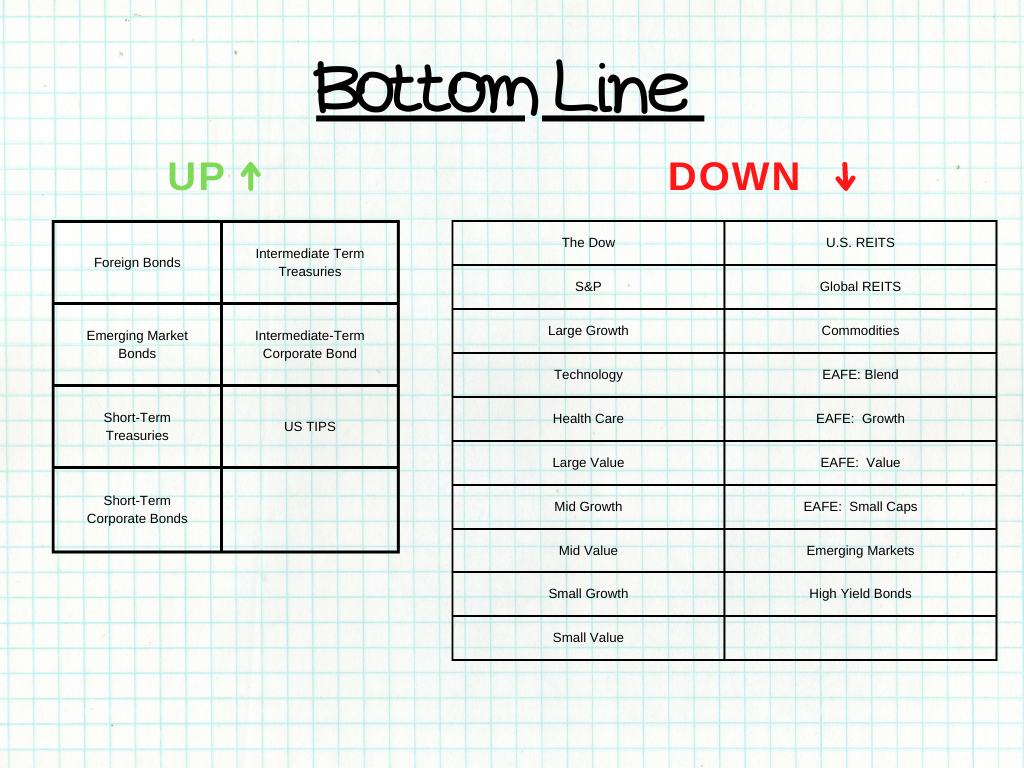 All US Equities were down.  US Large Growth companies were down the most, followed by US Small Value and Technology. Last week there was no discernable pattern between Growth and Value nor between small, mid and large companies. Meaning, the markets were all over the place.

US REITS were down more than Global REITS, perhaps another side effect of rising interest rates and the cash flow in the US.

Commodities slipped a bit over 2% despite the rising gas prices at the pump.

Foreign Equities were also down, but not quite as much as the US.  Emerging Markets continued their downward trend.