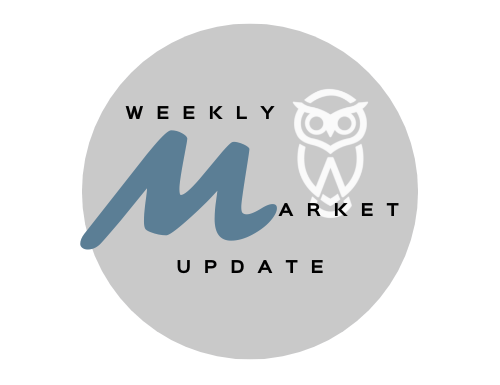 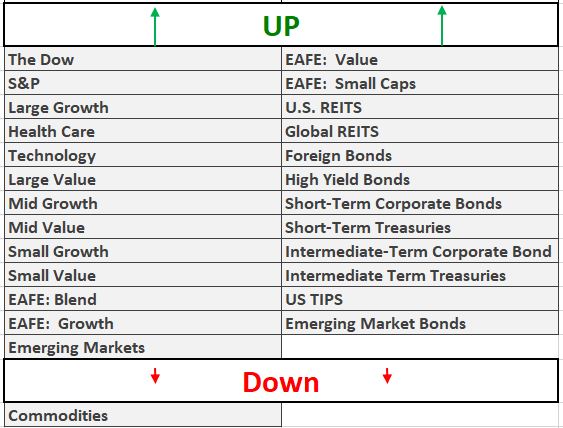 . . . the S&P 500 index gained 1.1% last week as investors took notice of consumer spending increases while inflation eased in October, and the November job gains were stronger than expected.

The S&P 500 ended November on Wednesday with a 5.4% monthly gain that followed an 8% October jump, marking the first string of back-to-back monthly gains all year. Still the index remains in the red year-to-date with a 15% drop for 2022 and less than a month to go.

Separating Large Growth from Large Value benchmarks – (the S&P generally represents both), Growth outperformed at 1.4% against Value at just .65% on the week. Yet, year-to-date Large Value is down just -3.9% while Large Growth remains down -25.8%.

Across all asset classes around the world, we saw another week of gains with the exception of Commodities, down slightly. Notably, Emerging Market stocks advanced the most, surging ahead 2.75%.

All Fixed Income indexes were positive.

This year’s decline is largely due to rising inflation and interest rates for much of 2022. Recent market gains have come over the last two months as investors begin to sense that inflation may have peaked over the summer and the Fed may be signaling the pace of rate increases could soon start slowing.

Last week US consumers were reported spending more in October than in September even as the Federal Reserve’s preferred inflation measure declined. Initially, the market interpreted this this to mean the Fed may back off its historic .75% increases to a .50% increase in its last meeting of the year next week.

Fed Chair Jerome Powell said Wednesday “the time for moderating the pace of rate increases may come as soon as the December meeting.”

How quickly good news turns to bad in the fickle mind of the market reading Fed signaling. On Friday, the Chairman’s remarks were followed by unexpectedly increased wage and jobs growth prompting speculation Powell may have spoken too soon. Ultimately, this too will pass to the review mirror following next week’s meeting – none too soon for our taste!