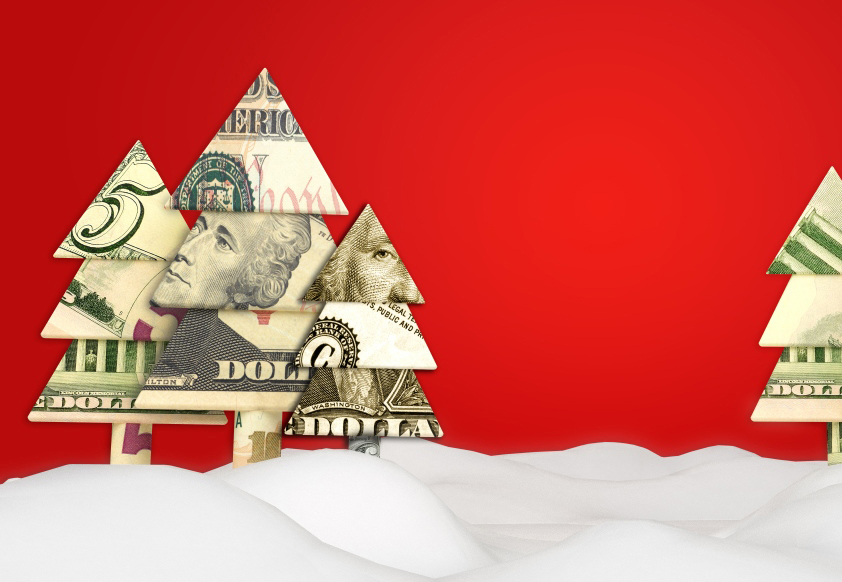 While COVID has led to some unfortunate economic circumstances, research shows that people are ready to dish out some cash for the holidays. In fact, consumers are planning to spend an average of $730 on holiday expenses this year, whether that be Xmas gifts, candy canes, Christmas decorations, or Christmas dinner!

A 2018 study commissioned by TD Ameritrade sought to find out how different groups spend their holiday money and who they spend it on.

When inquiring about gift-giving, the Ameritrade study found most people were planning to buy presents for their kids and spouses. Fifty-nine percent of respondents said they would be buying presents for either their kid, spouse, or both.

No 3. Presents for pups

If you have concerns that only humans receive presents for the holidays, worry no longer! The Ameritrade study found 20% of people were buying presents for their pets. And no — despite what you might assume — this isn’t just some Millennial thing.

In fact, 27% of Gen-X responders said they planned to buy gifts for their pets while only 22% of Millennials said they’d do the same.

Planning to get some nice gifts for your coworkers? Just know it may be unrequited. Only 14% of respondents, fewer than any other category, said they planned to get a gift for a “coworker.”

While 81% of boomers did not feel guilty about their Christmas purchases, 62% of millennials did. Gen-Xers were in the middle, with 64% not feeling guilty.

No 6. The cost of Christmas trees

No 7. On the first day of Christmas, my true love spent for me

Did you know some banks have Christmas traditions? Every year PNC compiles the “Christmas Price Index,” a measurement of the total cost of the items in “The Twelve Days of Christmas.” As of this writing, the CPI is $16,168.14, which is a 58.5% decrease this year to accommodate for the impact of COVID on this year’s holiday season.

No 8. Santa Claus is coming to the bank

Whether you call him Sinterklaas, Saint Nicholas, or plain old jolly Santa Claus, the man has a big job. He has to travel around the whole world before the end of Christmas Eve.

Quite frankly, it sounds exhausting. So what does a job like that pay? Well, the average hourly wage of a mall Santa is $30 an hour, but the Santa elite can earn more than $100 an hour. Hopefully, the “one percent” of Santas aren’t looking down on the more paycheck-to-paycheck Santas.

No matter how tall your tree is, it probably isn’t taller than the world’s tallest natural Christmas tree, which was erected in Seattle in December of 1950. It was taller than 221 feet.

No 10. A very English Christmas

Christmas may be an even bigger deal in England than it is in the United States. Apparently, British people are planning to spend an average of £965 on Noel gifts this year, which is actually an increase over last year.